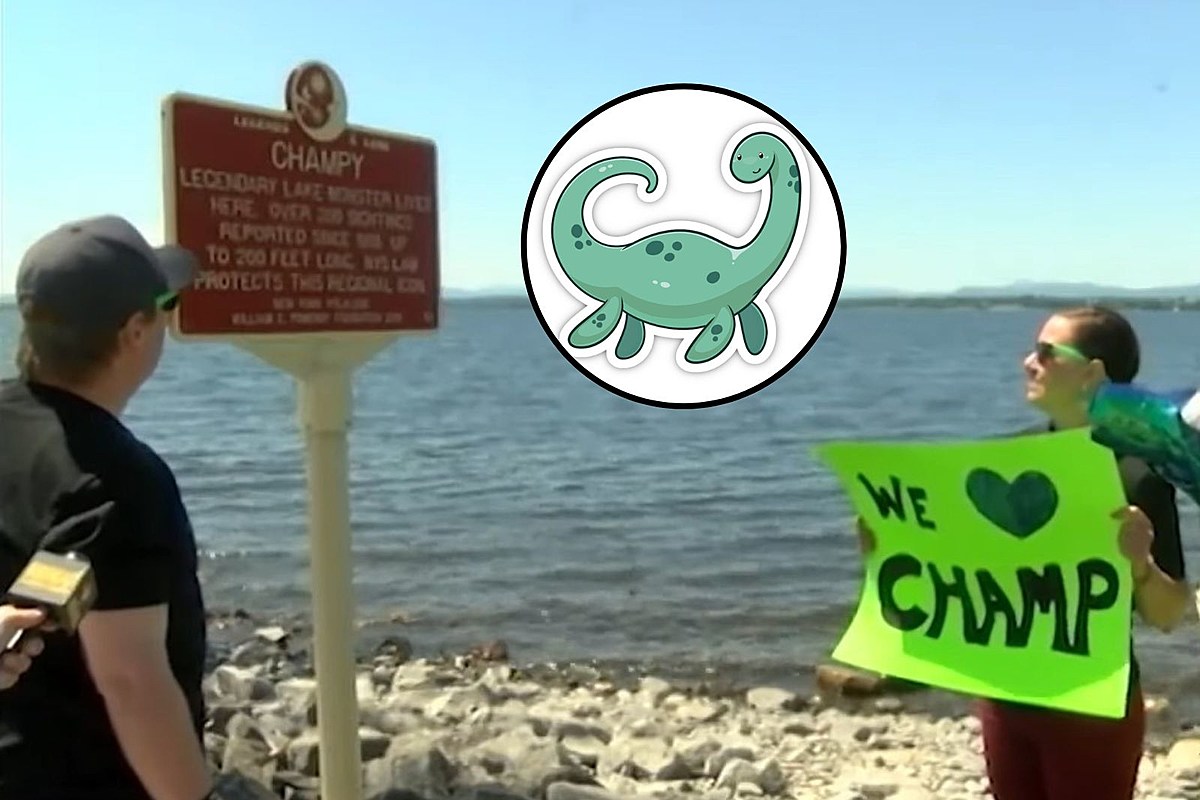 A historic panel honoring Champy has been stolen by a monster

The city of Plattsburgh is reinstalling a historic sign honoring New York’s most famous lake monster. The original sign was stolen in November 2021.

The sign honoring Champy was first installed in July 2019 with a grant from the William C. Pomeroy Foundation. The Foundation has helped distribute blue directional signs across the United States, indicating areas of historical significance. Communities can apply for grants from the Foundation to help pay for “signage in the form of road markers and plaques”.

Red historic street signs are relatively new to New York State, and they are meant to acknowledge local legends and folklore.

Half of the funds needed for the new sign were paid for by the Foundation, and the other half was raised through a wave of community support for the project, with the sale of special Champy t-shirts. The new sign was unveiled on the morning of Wednesday September 14 during a small ceremony.

No one knows who stole the original sign last fall.

Champy is arguably the second most famous lake monster in the world, after the Scottish Loch Ness Nessie. Champy is a unique monster in that New York shares custody with Vermont, since Lake Champlain is located in between. It’s a nice little partnership we have with Green Mountain State when you can share a legend like that.

It’s great to see the city of Plattsburgh come together around a mythological beast.

Among the charm and wonder of small towns in upstate New York are monsters, myths and mysteries.

Here are 9 Monsters, Myths, and Mysteries of Upstate New York…

31 Bigfoot sightings reported in the Hudson Valley since 1962

A list of sightings dates back to 1962 with a reported sighting in Maybrook, NY where they dubbed Bigfoot the “Turkey Monster”.