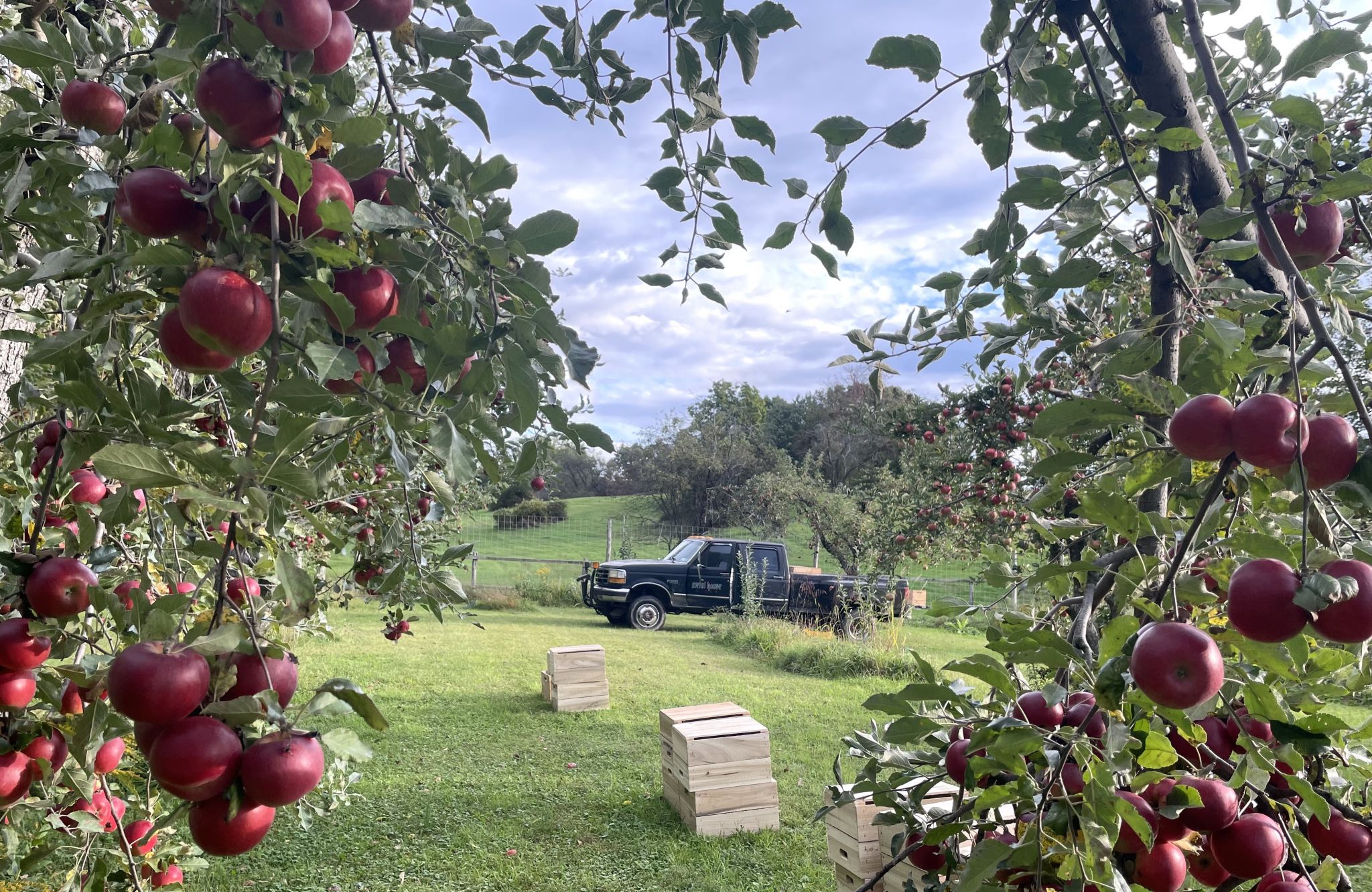 At the heart of the Hudson Valley artisanal cider boom

New York is the second largest apple producer in the country after Washington State, but it ranks first where it really matters: in the number of cider producers.

Building on a long tradition of cider making, the state now has more than 120 cider makers, according to the NY Cider Association’s 2020 Economic Report, a 450% growth over the past 10 years. More than two dozen are located in the Hudson Valley, where they make hyperlocal ciders as diverse as the terroir they come from.

Hard cider, fermented from a fruit that has its origins in the ancient forests of Kazakhstan, has a centuries-old history that spanned continents when Europeans traveled west and settled here.

As the country grew, so did the number of orchards. In some cases, especially in the South, slaves have become the orchard and cider experts. Yet hard cider was considered a â€œbackcountry drinkâ€ until the early 19th century, explains Craig Cavallo, cider expert and co-owner of Golden Russet CafÃ© and Grocery to Rhinebeck, and co-author of “American Cider”.

A lingering myth that Prohibition killed cider ignores the fact that it was already in decline. By the time the first commercial orchard was planted in Esopus in 1838, beer, made from grains that could withstand much longer storage and shipping times than apples, had already supplanted cider as the most popular beverage. current.

The microbrewery movement that gained momentum in the early 1990s helped revive cider making, in part through larger operations like Angry orchard, which now has a research and development center in Walden. The New York Farm Cider House Act 2013 made opening a cider house and distributing the product much easier. Boom – an industry has taken off.

The ever-growing spectrum of ciders

Despite the boom in artisanal cider, misconceptions persist. â€œA lot of people still seem to think it’s sweet. But cider is made in so many different ways right now. You can really find such a wide range of products and styles, â€says Kimberly Kae, cider farmer and co-founder of Metal House Cider at Esopus, with her husband, Matt DiFrancesco.

Kae is one of many small orchards and independent growers in the state that are bringing historic apple cultivars back into craft cider. These fruits are rich in acidity, astringency and fragrance, and are more like the tart apples that our colonial ancestors used than the Galas and Red Delicious that take over grocery store shelves.

Kae grafted into his heirloom orchard varieties like Esopus Spitzenburg, Rhode Island Greening, Newtown Pippin, and Gold Rush, one of his favorites. She then uses the Champagne method, an ancestral technique, to develop dry and sparkling ciders.

Other farms in the Hudson Valley are also doing pioneering work in cider. In Red Hook, Rose Hill Farm, one of the oldest continuously operating orchards in the Hudson Valley, produces a wide variety, including a monovarietal sparkling cider made from Ellis Bitter, an ancestral English cultivar, and Belle du Nord, a blend of heirloom German, Dutch and North American apples.

Small apple Cider house, a certified organic farm in Hillsdale, makes traditional ciders in small batches, like a semi-dry, fruity Taconic Gold, as well as blends of heirloom apples with fruits like dogwood berries and quince.

In the foothills of the Hudson Valley at Warwick, Pennings Farm Cider house makes single varietal ciders from Braeburn, Golden Russet, Baldwin and Gold Rush, as well as a Wild series from wild crabapples and Cyser, a mead-style cider co-fermented with local honey.

During this time, Seminary Hill in Callicoon Hills, one of the region’s newest cider houses, uses holistic orchard practices to make dry and semi-dry ciders from ancient cultivars like Northern Spy, Baldwin and Yarlington Mill, in a sustainable environment, Passive house-certified establishment.

â€œApples are our grapes,â€ says Kae. â€œCider is our ‘wine’. We are trying to do something that is really grounded in the land.

The inventory is evolving

The region’s businesses are reacting to innovation. At Golden Russet CafÃ© and Grocery, for example, Cavallo offers a rotating selection of around 20 ciders, half of which come from the Hudson Valley and Catskills. Lighthouse liqueurs in Athens offers a rigorously edited collection of handcrafted ciders, including Milan-based Metal House and SÃ¼ndstrom.

TO Wines, Spirits and Ciders Shop in Fishkill – named the Best East Coast Cider Retail Store of 2020 by the American Cider Association – owner Paige Flori sells 13 hard ciders on tap, as well as a selection of 275 brands in bottle and canned food from around the world, and other apple products like calvados, applejack and ice cider.

Because cider is newer to the market than wine or beer, Cavallo notes that it is still evolving and does not have a strict definition. It can make it more difficult to separate the meh of the big one.

â€œTransparency is the number one thing,â€ Cavallo says. As the industry grows, some manufacturers use juice concentrates from Europe or even Washington state. Read the labels, Cavallo warns, and beware if “it really doesn’t say anything or it sounds like a bunch of gibberish, like they’re trying to sweep something under the rug.”

Most cider makers and experts agree on another golden rule (Russet?): Be open to trying different styles and producers. Start with the characteristics you like – for example, sparkling, astringent, or fruity – and ask to taste ciders that match the bill. Taste them on their own, then with food; you will find that the lightness of cider often makes it an even more complementary pairing than wine or beer. Then try their opposites. You might be surprised at what captivates your palate.

What if you can’t make up your mind? Take another drink.

More Tastes of the Hudson Valley

Remember when it was The place to eat and drink in Rhinebeck?