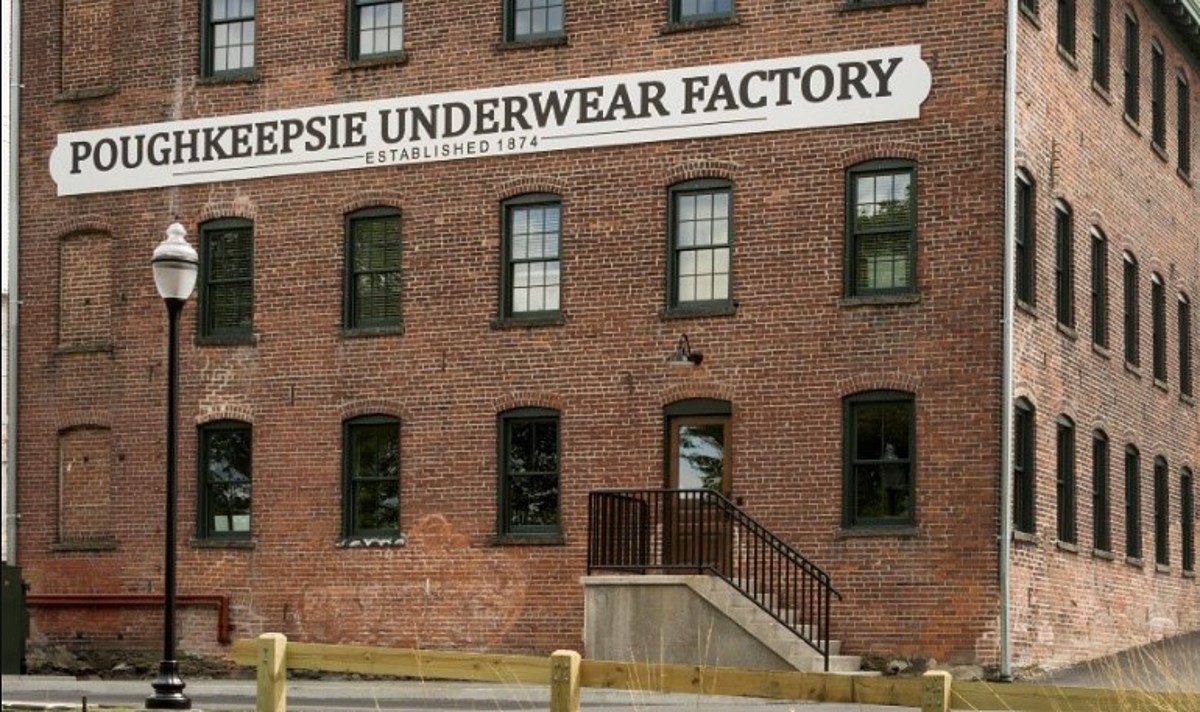 Celebration planned for the fifth anniversary of Underwear Factory

A big open house is planned to celebrate the fifth anniversary of the Poughkeepsie underwear factory.

In March 2017, the historic Poughkeepsie underwear factory was reopened as a community center. Hudson River Housing is using the space as a way to enrich the town of Poughkeepsie while stimulating the local economy.

The Underwear Factory is a unique project that has become a small business incubator, providing low-cost community space for small businesses as well as training opportunities and long-term affordable housing.

Over the past five years, eighty-eight companies have used the building’s open kitchen. Of these businesses, eight ended up starting their own brick-and-mortar businesses, and many more continue to use the space to run their small businesses. What makes the Underwear Factory even more special is that people struggling with homelessness can serve as interns, develop job skills, and learn valuable skills in the job market. Each year, more than fifty people are put to work to gain valuable experience.

To celebrate the success of the Poughkeepsie underwear factory, Hudson River Housing will host an open house on April 1 from 9 a.m. to 3 p.m. There will be food from a long list of vendors as well as handmade goods. A live t-shirt printing demonstration will also take place from 10 a.m. to 2 p.m.

As it enters its fifth year, the Poughkeepsie Underwear Factory plans to expand its open kitchen concept to other locations in Poughkeepsie and Wappingers. Hudson River Housing will also launch a new program called SewPo that will serve as an incubator for textile and fashion-focused businesses.

The Hudson Valley is home to many restaurants and businesses owned and operated by women. Recently, Google added a feature that makes it easier to find these women-run businesses in your community. Businesses now have the ability to identify themselves with a special designation that will appear when people search for places to dine on the search engine. Below is a list of the best restaurants in the Hudson Valley that appear to be run by women.

Here are some of our go-to places to grab a slice in the Hudson Valley:

Do you like Beacon? Experience this popular HV city to the fullest