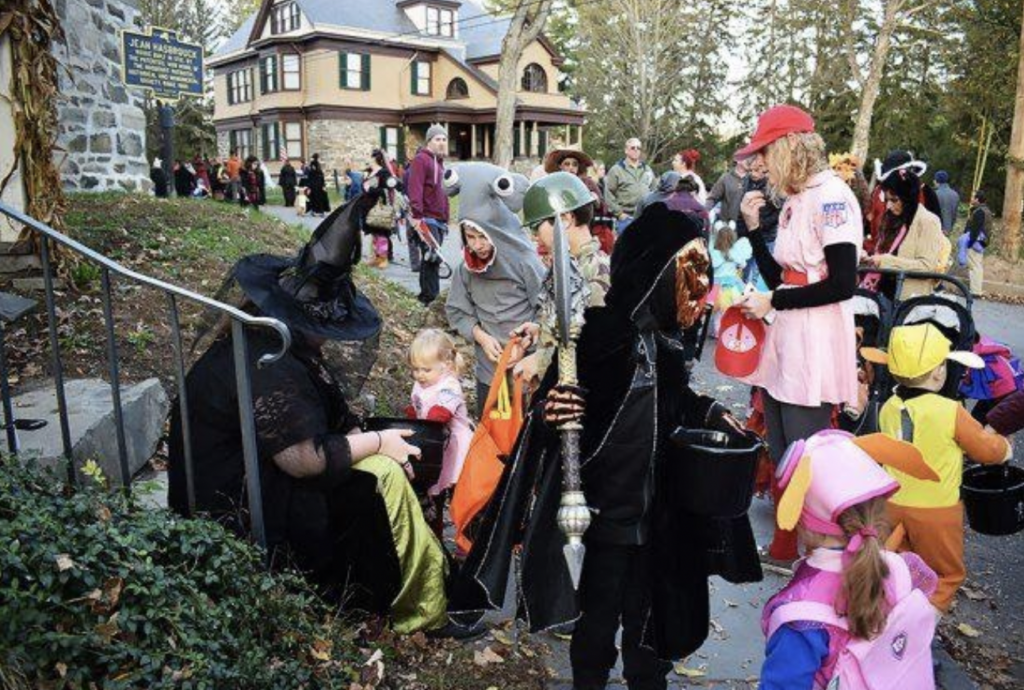 An October in New Paltz is not complete without the famous Halloween parade. This year’s parade has resumed with a huge turnout after last year’s cancellation due to COVID-19.

The village board and the Rotary Club of New Paltz gave their approval to the parade on October 5th.

New Paltz public school kids and parents (and some party pets) met in college and at 6 p.m. they kicked off the parade down Main Street in some pretty creative costumes. There was a child dressed in a giant inflated balloon animal costume and a couple dressed in peanut butter and the other in jelly.

There were also a lot of characters from recent films. Some of the Avengers showed up to walk and even villains like Loki and Cruella DeVille with one of his Dalmatians. Prehistoric creatures like a T-Rex and other dinosaurs have also been spotted walking down Main Street.

While this is a big step for the city to get back to normal after COVID-19, some precautions still needed to be taken. The parade was outside but some participants and spectators chose to wear masks.

Some families went door-to-door as usual, but others chose to go to the city’s â€œGrab n Goâ€ stations. They were set up in places like the Farmer’s Market Grounds and Elting Library and children could pick them up from 3 p.m. to 5 p.m. before the parade started.

With the new Delta variant, some families were very cautious, especially if they knew someone who was immunocompromised. The purpose of these stations was to make sure that every family, even those who didn’t feel comfortable being around people or going door to door, could still enjoy some candy while on vacation. Masked volunteers walked the bleachers, making sure the walkers received a bag of candy.

In addition to the parade, other fun activities were planned in the city. Historic Huguenot Street had its annual Haunted Street tours where former New Paltz residents tell tales of tragedy and death.

Other events for the kids were the screening of the movie “Coco” at Hasbrouck Park, a Haunted House and Fall Festival fundraiser, and the Millbrook Preserve fundraiser with treasure hunts, crafts and seasonal treats.

You can still see the artwork from the window painting event around town created by students in grades 5 to 12.

As annual events like the Halloween Parade make a comeback, it’s important to stay safe while having fun.