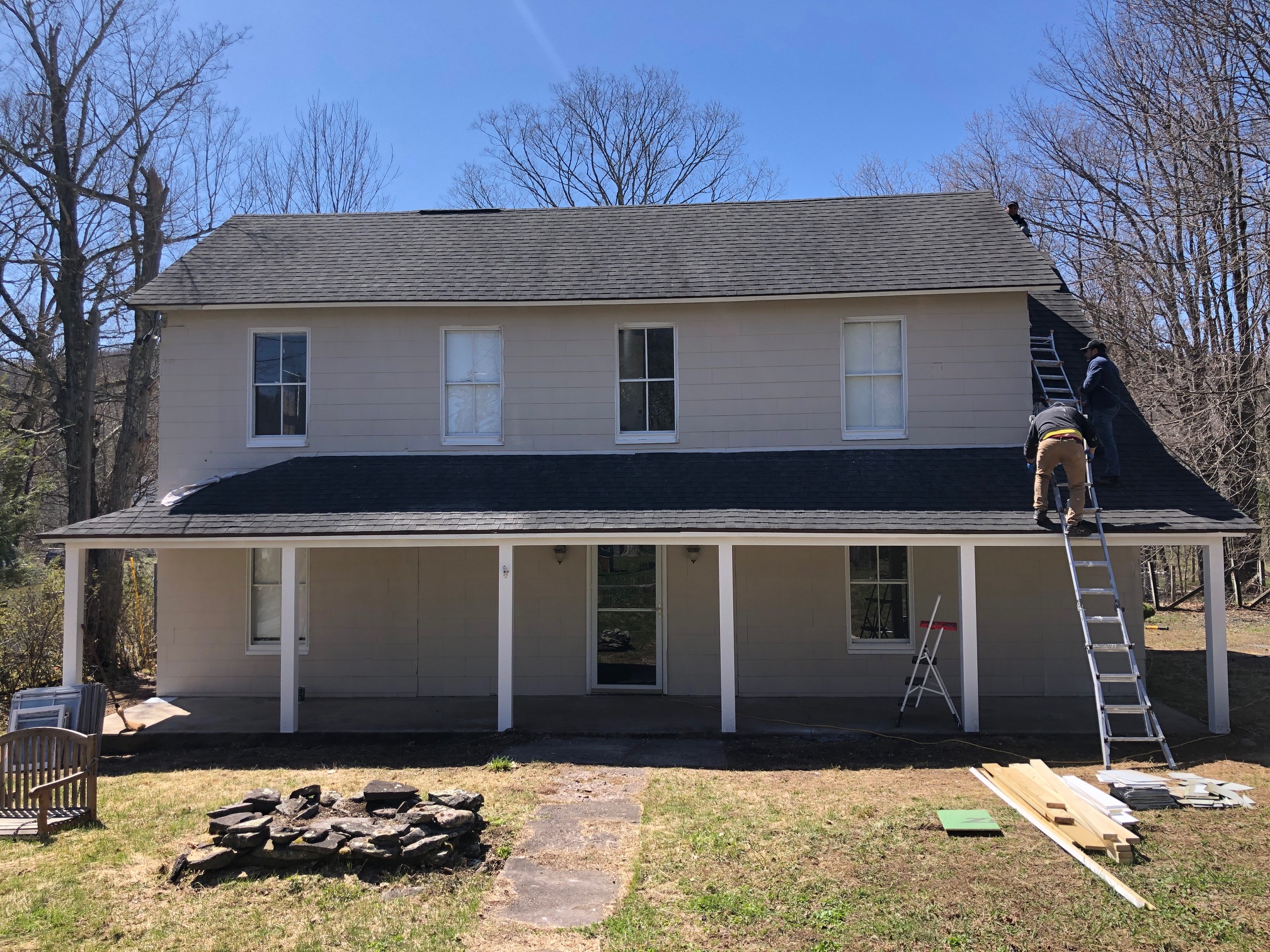 Last winter, Ryan Chadwick bought a six-bedroom house and renovated it – for his employees.

Chadwick, the owner of Tanners Boathouse and Kaaterskill Trolley Company, had promised to host summer interns in entrepreneurship as part of a program he had set up with his alma mater, Plymouth State University. He kept hearing from his local employees that they were having trouble finding affordable housing. After looking around, buying and renovating seemed like the only viable option. “It’s important to open a business but also to support your employees,” Chadwick said.

For $90,000, he purchased 15 Lake View Ave., located within walking distance of the Boat House. For an additional $60,000, he had the roof and heating repaired, the floors redone, and everything painted inside and out. It is now probably worth double its investment. And, because Chadwick’s Tannersville businesses are seasonal, he can use his investment as labor hire for other local businesses – all facing the same housing shortage – during the winter.

“It’s one less dilapidated property in the village. Now I have a workforce that is there, reliable and ready to work. It’s a win-win,” he said.

Across the country, businesses are struggling to find and retain workers. Complicating matters locally is the lack of affordable housing, exacerbated by the large number of people moving to the Hudson Valley during the pandemic. Employers are looking for innovative ways to provide housing, whether buying and renovating existing properties, building new ones or adding units to proposed building plans. It’s a scramble.

As recently as 2019, staff housing was not on developers’ radar. When Charles Blaichman first envisioned the Kinsley Hotel in Kingston, there seemed to be enough places for future staff to live. While planning a second property, Inness in Accord, employee housing crossed his mind, but he didn’t act on it. Now he wishes he had.

“We thought about it, but at the time there seemed to be a lot more locals who could fill all those positions. That has also changed,” he said. “Near Inness there is not much available. It’s more of a problem than we thought when it started. I don’t see it stopping.

Blaichman himself was a key driver of these changes. Over the past decade-plus, the Manhattan developer has acquired or invested through various LLCs in at least two dozen properties in Kingston, according to city property records. Several have been converted into charming hotels or for commercial use, according to the Daily Freeman.

To help alleviate the shortage of employee housing, Blaichman is also renovating apartment buildings for Kinsley and Inness Hotel employees. “I have maybe eight units coming up short term. I’m looking at another property that could have a much higher amount,” he said. Affordable housing will be incorporated into salary offers as an incentive.

Half an hour south of Milton, Robert Pollock, owner of the Buttermilk Falls Inn and Spa, is building 32 housing units for employees on Main Street. He also owns Frida’s Café and Bakery and recently closed Red House, a pan-Asian restaurant. “We don’t have enough manpower. We’re all competing against each other, especially in the Hudson Valley,” said Pollock, who is currently looking for line cooks as well as executives.

In years past, Pollock and many other local business owners have hired foreign employees who come to the United States on work visas. These programs have dried up or become more delicate both politically and due to the pandemic. They also need housing.

Pollock’s new building won’t be ready for at least a year. He also considered adding accommodations to the outskirts of his hotel property, perhaps even a dormitory. Dormitories have historically been a housing solution for the workforce, including locally at the famous Catskills resorts. Mohonk Mountain House has one dormitory to this day.

The problem with adding housing to existing property is high taxes, Pollock says, decrying the lack of an exception for worker housing, unlike agriculture. ” It’s a big problem. I guess it’s not going to get better; it will get worse.

Architect Scott Dutton tries to plan now for the future. It is taking up the subject of employee housing with new clients and has several projects currently in planning and approval – both several years away from opening – which include units for workers. These include the redesign of The Nevele in Wawarsing and The attic, an update of the old Anderson Foods factory complex in downtown Accord. (This is the second Accord project involving actress Vera Farmiga and her husband, musician Renn Hawkey. The first is Accord Market.)

Dutton is also working on Branches, a retreat center scheduled to open in 2023 in Shandaken. “The new owner will say that his number one concern is to find accommodation to be able to keep competent staff. He is looking for things to acquire.

Even though local housing prices have surged through 2021, if you have the cash, acquiring may be easier than building new. Even in business-friendly communities in the Hudson Valley, Dutton says, “it’s become exponentially harder to build anything over the last 10 years.” Every project faces opposition and requires lawyers. Trying to build can be prohibitively expensive.

“Something has to give, and I think zoning is the first thing. You can’t ignore numbers. For as long as I can remember, we’ve had a near-zero vacancy factor in the City of Kingston,” Dutton said.

The City of Kingston is currently in the process of rewrite its zoning code in favor of greater density. This would increase housing opportunities, but in smaller towns creating new zoning to allow for multi-family units is more complicated.

Much of the zoning in the Hudson Valley was last updated in the late 1980s or early 1990s. “It’s been 30 years. Most towns along the Hudson on both sides had no zoning,” said Thomas Collins, managing director of SVN Deegan-Collins Commercial Realty and former Ulster County Development Corporation board member. . “Then there was a rush to pass zoning laws. Many (cities) hired the same consultants and got the same zoning laws which were cookie cutter and created an environment where it is very difficult to create density and therefore affordability.

Collins is not convinced that the current supply and demand crisis in the Hudson Valley can be entirely solved by zoning. “It’s complicated. We have limited water and sewer infrastructure. You need it to get to density. Still, it’s helpful to have reached a point where ‘most of our political leaders’ have recognized the problem.

If you’re looking for accommodation, things are bleak. But from a business perspective, growing pains are a sign of growth – a good thing, at least according to the developers.

“For a long time, people didn’t see a future. A lot of people left the area because there were no jobs,” Blaichman said. “Now there are really good jobs everywhere. People have to be housed. It’s just that we have to find a solution. »

North Carolina Beach Town warns against digging in the sand