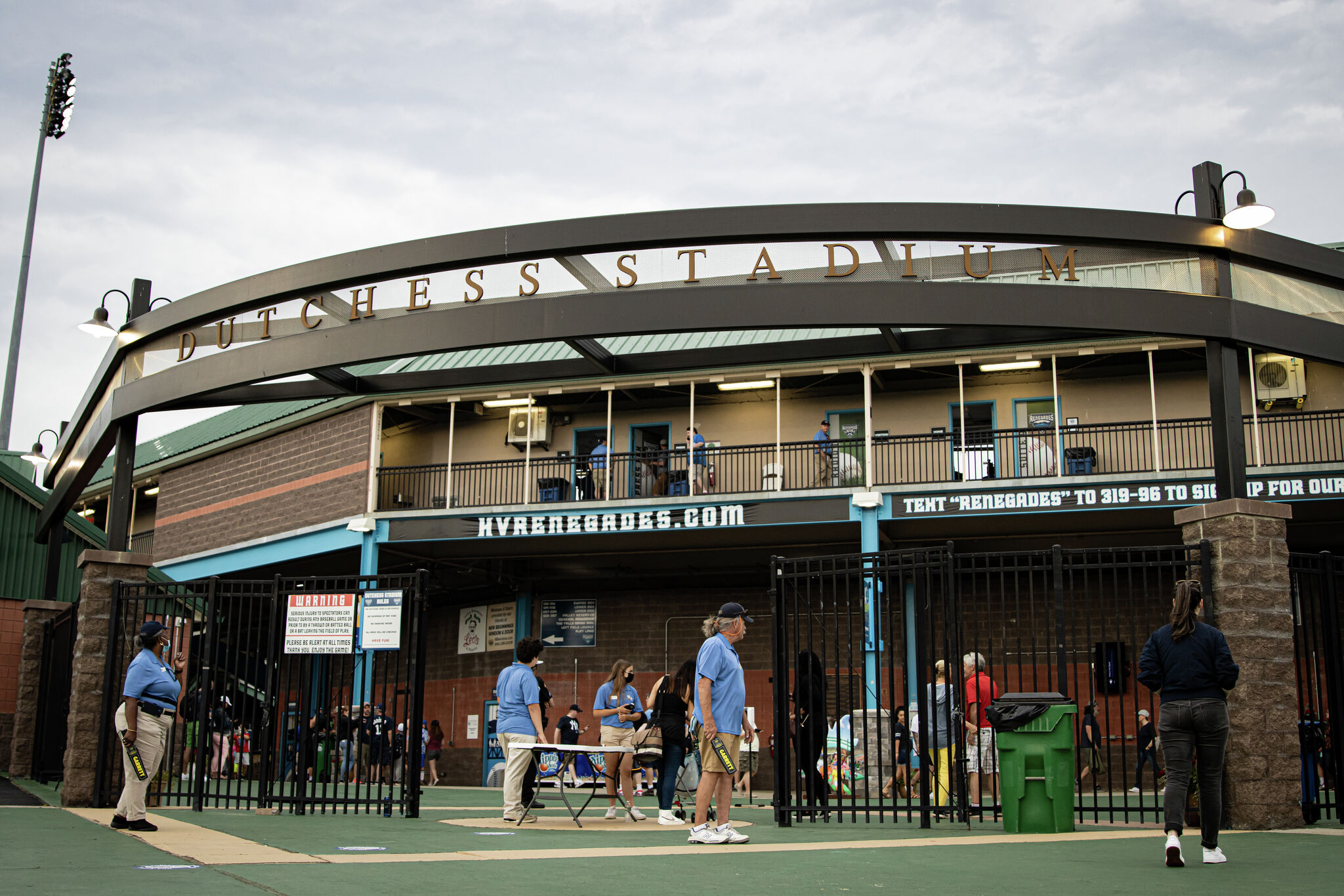 How Two Counties Spend It

The Hudson Valley counties received between $9 million and $75 million in American Rescue Plan (ARP) funding from the federal government. But how counties distribute their federal windfall and their methodology for involving the public in that decision-making has varied.

The federal funds are disbursed in two installments: half was disbursed in May 2021, with the other half to be distributed to counties in May. Each local government can decide how to spend these dollars, at relatively short notice – allocations must be made by December 31, 2024 and funds must be spent by the end of 2026.

There are other guidelines, but some officials have been surprised by the general freedom with which the money can be spent.

“I have never seen this kind of aid arrive without restrictions. It was on everyone’s mind to get on with it and be careful about their spending priorities,” said Ulster County Deputy Director Christopher Kelly.

As a result, not all funds have been directed to COVID-related projects or public assistance projects. Putnam County has offered to use $400,000 to improve a golf course, for example, and Dutchess has allocated more than $12 million to upgrade its minor league ballpark in the name of economic development.

Both are considered legitimate uses of federal assistance, as counties have two general funds from which to allocate funds: one is a general pot to address the negative economic impacts of COVID and includes assistance to small businesses, bonuses for essential workers and investments in infrastructure. in water, sewer and broadband; the second category, “earnings loss funds,” can be used for a wider range of programs. Each county automatically received $10 million in revenue loss funds, but could apply to receive even more of this type of flexible funding.

Given these general parameters, each county spends ARP money in different ways and uses several means to determine how to allocate it.

“There’s quite a variety of approaches,” said Stephen Acquario, executive director and general counsel for the New York State Counties Association. “Many have used public outreach through online surveys…Most counties have also surveyed their departments and agencies to identify unmet needs that meet the Treasury rule requirement for projects eligible.”

To get an idea of ​​how money is being spent in the area, Times Union Hudson Valley looked at how Dutchess and Ulster counties split their respective $57 million and $34.5 million in ARP funding. .

Ulster County originally created an ARP spending plan in June 2021 to help small businesses, mental health services, infrastructure and housing. After the November election, in which eight new lawmakers were added to the Democratic-majority legislature, and a break to focus on the county budget, Ulster’s ARP spending slowed but then picked up again in February.

Allocations to date include $5 million for mental health and addiction recovery services, including $3 million for a 24/7 community crisis center, and respite housing. The county is also considering new projects as they arise. For example, Kelly said the Legislature was buying Elizabeth Mansion, a former boarding house in Kingston for emergency housing.

“When this happened, and we felt it would hit a significant part of our emergency housing issue in Ulster County, it seemed like an appropriate use,” Kelly said.

In March, the legislature approved $1 million to fund a second round of small business bailouts and $2 million for outdoor recreation trails. However, the aid for small businesses has been pushed back by lawmakers who argued the funds were a handout that would not help businesses stay open. The March 16 resolution ultimately passed 18-5, but a handful of lawmakers suggested taking more time to see if that’s the best way to spend the funds.

“It’s the first time we’ve done this, so we’re learning as we go,” said Democratic lawmaker Eve Walter. “It’s a challenge because we don’t weigh one idea against another. We weigh an idea against nothing.

Walter said that in an ideal world, there would have been several different options to consider — for example, helping small businesses — instead of just one proposed resolution. This would have allowed for better prioritization of projects.

Another challenge is time, since legislators only sit part-time. Walter, who sponsored resolutions for the crisis center and respite housing, said both were the product of a year and a half of work with the Criminal Justice Reform Task Force.

“We can’t quickly do the homework to identify a strong ARP proposal that easily,” Walter said. “We feel like we’re always rushing and saying wait, wait, wait.”

A resolution doesn’t always take more than a year to prepare, but she says it’s important to get input from stakeholders and know how much it would cost, along with other details, to create a good resolution. informed.

On the other hand, Ulster County Executive Pat Ryan said “we must respond to the emergency at this time” or risk not meeting the ARP’s Congressional intent. “We have to remember that this is a rescue plan. When you need a rescue, you usually don’t want to wait very long. Every week we have small businesses still closing, especially restaurants. »

Dutchess County has prioritized parks, youth programs, economic development and broadband in its spending plan that was first unveiled in 2021. Most of the projects the county has decided to fund – a process informed by public meetings, surveys and discussions – were already underway.

“We had priorities that the county wanted to achieve,” said Dutchess County budget director Jessica White. “It’s also one-time funding. You don’t want to create a bunch of programs that need ongoing funding if you only have one-time funding. This prepares you for a tax problem in the years to come.

Of the $57 million Dutchess received, county officials calculated that $37.6 million could be applied to the more flexible category of “loss of earnings” funds.

“All the effort [for ARP] was about recovering lost revenue,” said Dutchess County Executive Marc Molinaro, who is also president of the New York State County Executives Association, which helped craft the bailout. “Congress passed something much broader. However, at the heart of county assistance is clawback revenue.

In June 2021, the Dutchess County Legislature approved $57 million in spending, including more than $12 million to renovate Dutchess Stadium in Fishkill and purchase the stadium land—the single largest expense.

The decision to spend bailout funds on the stadium has drawn media attention and criticism from some Democrats — Brennan Kearney (D-Rhinebeck) called it a “monumental theft” — but Molinaro insists it’s is a good choice for ARP funds.

“Dutchess Stadium is a multi-purpose county park,” Molinaro said. “It is owned by the ratepayers of Dutchess County and is used by a tenant, Minor League Baseball, as well as high school baseball teams, college baseball teams, football clubs and nonprofit organizations across the country. region.”

Although some argue sports stadiums aren’t boosting the local economy to the degree promised, Molinaro said an analysis of the Hudson Valley Renegades found that in more than 10 years the stadium has had a $40 million economic impact by attracting visitors, employing residents and offsetting taxes.

“If there was one industry most affected by the shutdowns of the economy, it was tourism,” Molinaro said. “In the case of the Dutchess Stadium, it’s the tourist destination for thousands and thousands of people every night for most of the year.”

Renovating the stadium was a pre-existing obligation, approved by two-thirds of the Dutchess County Legislature, Molinaro said. If the ARP funds had not arrived, the project would most likely have moved forward by obtaining bonds.

“By using ARP dollars, we create an initial investment that can create a revenue stream that can fund many other programs,” White said.

Two other parks have also received investment funding, including Wilcox Memorial Park in Stanfordville and Bowdoin Park in Wappingers Falls.

Dutchess County also allocated $10 million to help build a center called the Youth Opportunity Union to provide recreational and educational opportunities for children in Poughkeepsie. The county contributes $25 million to the center as a whole; the remaining $15 million will come from other county funds pending legislative approval.

The stadium renovations and youth center will come from the federal revenue-loss bucket.

Additionally, $6 million was allocated for emergency communications for a consolidated two-way radio system to integrate all police, fire, and emergency medical services in the county. Just over $6 million was also spent on homeless housing and case management, specifically to purchase and rehabilitate a building for additional housing options.

All allocated funds must be approved by resolutions of the Dutchess County Legislature, which has 25 seats and is currently controlled by a Republican majority that holds 17 seats. The Democratic caucus introduced its own resolutions in 2021 prioritizing a response to mental health, the opioid crisis and housing, among other issues. The caucus did not support funding for the stadium.

“They were urging that funds be spent on issues that would immediately help residents who were dealing with the repercussions of COVID,” said Julie Shiroishi, chair of the Dutchess County Democratic Committee. “It was more bread-and-butter stuff than a ballpark.”

Shiroishi said she wishes the county didn’t take a top-down approach and instead met with residents to see where they think the funds should be spent.

A few remaining resolutions have yet to be passed by the Legislature, including the allocation of funds for a new homeless emergency center, a training center with Dutchess Community College, broadband and a water storage tank .

The Dutchess County Comptroller conducted an audit of how ARP funds were spent there; this report will be published in the coming weeks.

There are 8 sides to this story