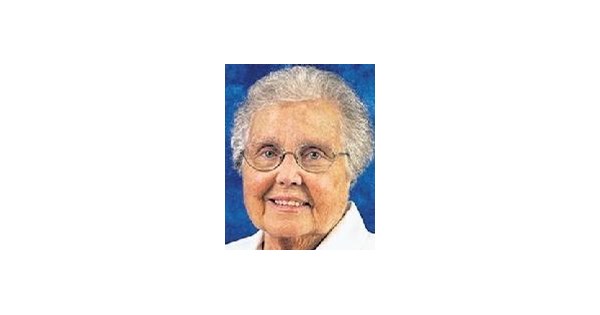 Burns, Sister Marie DC MENANDS Sister Marie Burns, DC, 88, died at St. Louise House, Menands on July 29, 2021. She was born on April 5, 1933, in Trenton, NJ to Mary Margaret (McLaughlin) and George Joseph Burns and grew up with two siblings. His early education took place in local Catholic schools. After graduating from Cathedral High School in Trenton in 1951, she spent eight years as secretary in the chancellery office of the Diocese of Trenton. She entered the Daughters of Charity of St. Anthony Parish in Trenton in April 1960 in Emmitsburg, Maryland. Kennedy Child Center in New York, NY; Villa Saint-Joseph in Richmond, Virginia; Boston Labor Center; and Seton Center, in Troy. Sister Marie was then Executive Director of the Kennedy Child Study Center in New York City from 1981 to 1986, where she was the local community superior from 1984 to 1986; and at the Astor Home for Children in Rhinebeck, NY from 1986 to 1992, where she was the local community superior from 1986 to 1992. Sister Marie served as chair of the board of directors of St. Elizabeth’s Residence Ann in Troy, from 1992 to 1993; then served at the Sacred Heart Residence in Cohoes in 1993; and in administration at St. Mary’s Hospital in Rochester from 1993 to 2000, where she was the local community superior from 1997 to 2000. Sister then served at DePaul Provincial House in Albany from March to June 2000; Our Lady of the Blessed Sacrament Parish in Bayside, NY from May to August 2000; Sisters Hospital in Buffalo from 2000 to 2005; and St. Vincent’s College in Bridgeport, Connecticut from 2005 to 2013. In July 2013, Sister returned to Albany where she served in the prayer ministry at St. Louise House until the time of her death. Sister Marie’s business acumen and management skills have helped her rise to the highest levels of leadership while continuing to promote service to those in need and those with special needs. She was known as a strong force in the Daughters of Charity, who deserved to be recognized as a true servant of people in need. Sister Marie passed away peacefully at St. Louise House after a period of ill health. Sister Marie was predeceased by her parents; his two sisters, Patricia Guscior and Jeanne DeVaney; and his brother, the Reverend John Burns, SJ. She is survived by her brother, Joseph Burns; four nieces and a nephew; many friends and his Sisters in Community. A Vigil Service will be held Thursday August 5 from 4 p.m. to 7 p.m. at De Paul Chapel, 96 Menands Rd., Menands. The Sister’s Funeral Mass will be celebrated on Friday August 6 at 10:30 a.m. in DePaul Chapel. Interment will take place in Sainte-AgnÃ¨s cemetery, Menands. Everyone attending services will be required to adhere to all COVID-19 restrictions, including masks and social distancing. Online condolences can be offered at danielkeenanfuneralhome.com