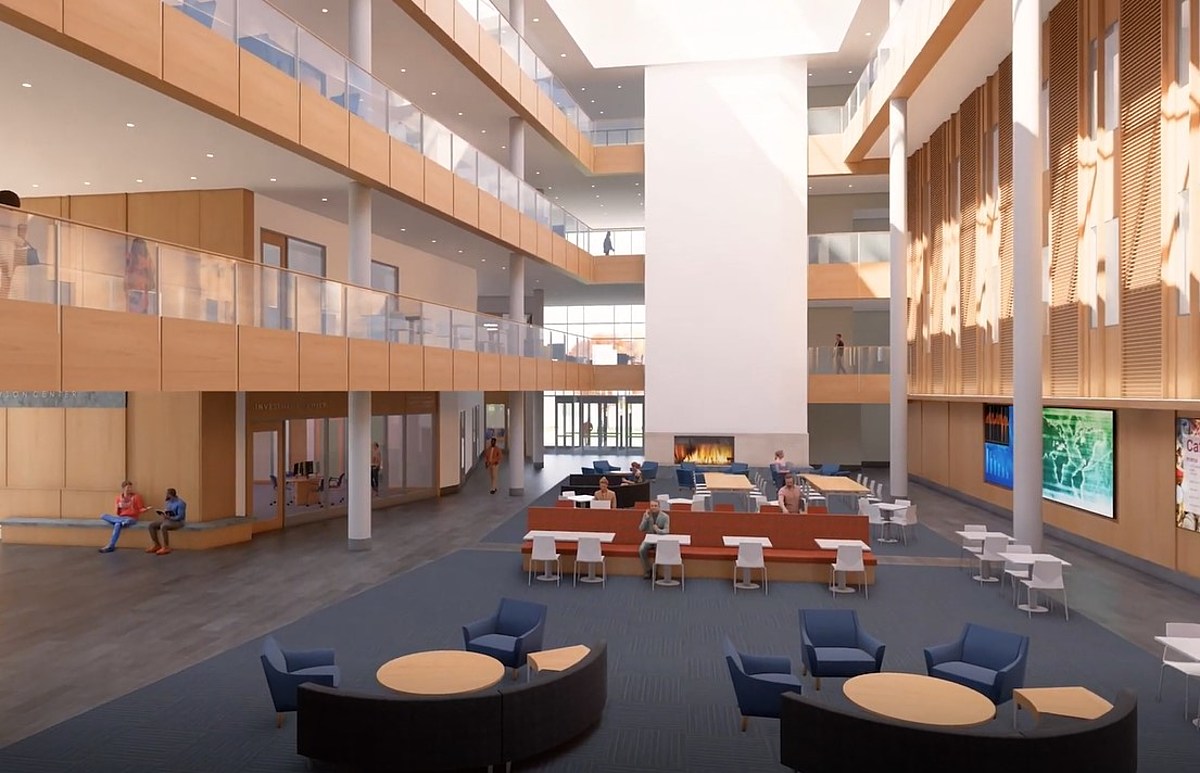 A massive four-story learning center with a mock courtroom, stock trading room and other state-of-the-art features will replace an iconic Marist building.

When I first attended Marist College in freshman year, the Dyson Center had just opened. In 1990, this three-story building stuck out like a sore thumb from a campus that was a hodgepodge of crumbling or woefully outdated old buildings. At that time, the library was a sad little building with a few microfiche and books from the 1970s.

The only thing I really knew about the Dyson Center was that the top floor was hardly ever used and had the cleanest public restrooms on campus, which was handy for someone who shared a townhouse with seven other people who didn’t know what Clorox was. .

Flash forward 32 years and Marist College has completely transformed. Today, the Dyson Center is one of the oldest buildings on campus, in desperate need of a facelift. In June, the building will undergo a massive expansion, doubling the center’s current size of 54,000 square feet to 110,000 square feet.

According to the college, the new center will consist of new construction on its south side and an additional 4th floor. The new open concept design will feature a huge atrium welcoming students to the learning center.

The new Dyson Center will also include a cafe and lounge as well as a 155-seat presentation center featuring the latest state-of-the-art acoustic technology.

Plans have been submitted to the Town of Poughkeepsie in anticipation of ground breaking in June. The $60 million project is also expected to incorporate many environmentally sustainable elements that coincide with Marist’s commitment to protecting the environment.

You can find more details about this ambitious project on the Marist website. The video below shows a 3D rendering of the project which will be visible from Route 9 next to the main gate on Route 9 in Poughkeepsie.

Over 100 “fun facts” about the Hudson Valley

Did you know that Lucille Ball made her stage debut in the Hudson Valley? How about Philadelphia Cream Cheese wasn’t invented in Philadelphia, but in Orange County? Or that a mansion in Dutchess County inspired the phrase “follow the Joneses?” Check out these facts and over 100 other fun facts about the Hudson Valley.

The best lobster rolls are coming to Dutchess County