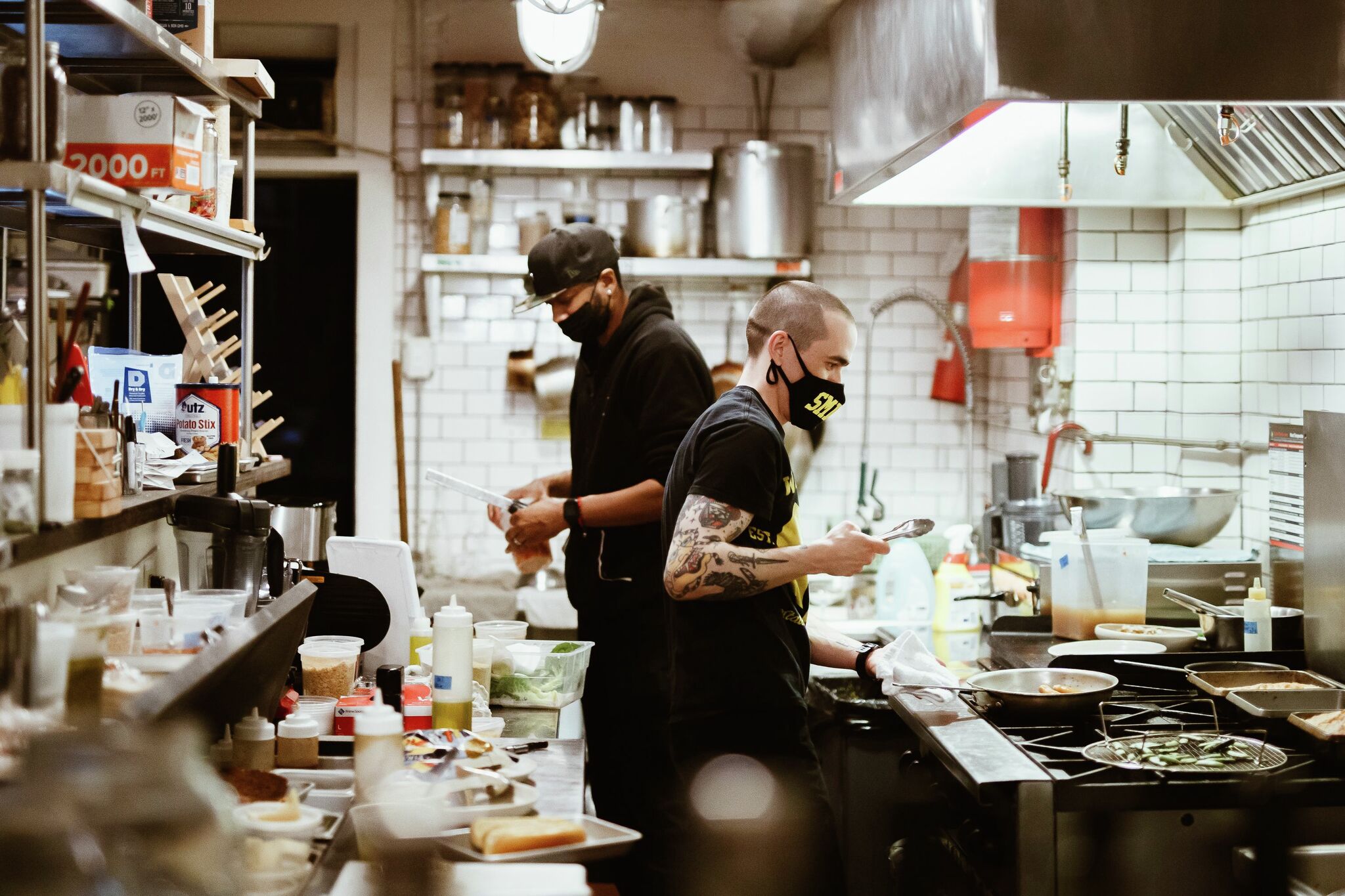 Meet the chefs who stood up to New York, stayed local

“The Hudson Valley could be considered the Napa Valley of the East Coast,” says Buffy Arbogast, owner of Babette’s Kitchen in Milbrook.

Arbogast hadn’t realized she would be staying in the area when she was in cooking school. But by the time she graduated from the Culinary Institute of America (CIA) in Hyde Park in 2004, the Texan was hooked.

“I fell in love with the four seasons here and the change the area has brought to my life.”

Arbogast isn’t alone in her decision to use the Hudson Valley, rather than the culinary mecca of New York, to launch her career. After graduating from the CIA, chefs are faced with many options: travel to a big city where they can train with renowned chefs and build a reputation before starting their own business. Or claim their right to the small towns that surround their Hudson Valley-based alma mater. Increasingly, those who remain local no longer seem to be special cases.

After working at a few local restaurants and then managing a space in Millbrook, Arbogast met his business partner and future wife, and together they opened Babette’s, a market, cafe and catering business, in 2005.

The availability and the irreproachable quality of the products and the wine were an important selling point. “I had a farmer ask me, ‘What do you want me to grow for you this year?’ says Arbogast. She calls it a win-win situation — restaurants help subsidize farms and those farmers in turn like and want to supply restaurants.

As someone who started her business long before the pandemic-fueled influx of city dwellers, “it’s been truly amazing to witness the change in the Hudson Valley over the past 20 years,” says Arbogast.

Learn skills in the city, start businesses in the countryside

With new residents have come new restaurants, and Daniel Baganell, owner/chef of two Rhinebeck businesses – Halycon Café and Sonder Wine Bar, which he moved from Hudson to Rhinebeck – is one such recent transplant.

The California native worked in fine dining restaurants in New York City after graduating from the CIA in hospitality management in 2016. He was like many CIA graduates, he said, who choose to go first in a big city “to grind out a few years there with chefs they admire, network and meet investors.

Then, like many who left New York during the pandemic, he moved to the Hudson Valley in 2020 to achieve a better work-life balance.

Baganell notes that for a chef, “it is much easier to make good dishes with good ingredients. We’re surrounded by some of the best East Coast produce. But he also appreciates the new business he has received from the influx of people who have left town. “They appreciate good food and a relaxed atmosphere,” he says.

CIA Class of 2012 Andrew Chase prepares for his second season behind the pit of Harvest Smokehouse in Valatie, and agrees with Baganell, saying, “The pandemic has definitely caused a paradigm shift in the Valley of the Hudson.”

He says with the influx of New Yorkers to the area, there’s definitely a greater demand for authentic dishes made with local ingredients, and that’s easy to do here.

“I now take advantage of my location in the Golden Harvest Farms orchards to burn apple wood in the smokehouse and use the cider to make vinegars,” he says.

Relationships with farmers are key

Like Chase, Ryan Viator aims to source as locally as possible, but that mission can present challenges when a restaurant expands.

Viator, originally from Louisiana, has three Buns Burgers, in Rhinebeck, Kingston and Saugerties. After graduating from the CIA in 2008, he stayed in the Hudson Valley and serendipitously decided to open a fast-casual, farm-to-table burger concept.

“Cody Kilcoyne from Kilcoyne Farms came over with some beef samples as I was considering what kind of restaurant to open,” he recalls. Viator had planned to open a full-service restaurant, but couldn’t find the right space. A smaller space was available, however, and Rhinebeck didn’t have a quick-service burger destination, says Viator.

Now that it has three locations, Viator says it’s still able to work with Kilcoyne, but some of its other local suppliers haven’t been able to keep up with its growth.

Still, he says, “What I love about the Hudson Valley is the incredible sense of community you feel in the towns where you do business.” This spirit was quite apparent during the pandemic and more and more, the community seems to be growing. Viator says it’s also noticing an “upstream talent flow” as New York chefs seek to focus on smaller, more manageable restaurants.

This sense of community was also a major draw for CIA Class of 2004 Rachel Wyman. Wyman, who grew up in Maryland, had worked at Amy’s Bread in Manhattan and took over the reins of Montclair Bread Company in New Jersey in 2012. But the decision to move back to the Hudson Valley at one point has was cemented when she arrived at the CIA.

There, “you live in a dorm the size of a jail cell with a giant picture window with the best view of the Hudson River,” Wyman recalls.

New Paltz beckoned Wyman into the climbing community, and in 2021 she opened Gunkin’ Donuts artisan bakery, which she plans to soon rename Rabble Rise Bakery. She continues to operate Montclair Bread Company.

“As my donut menu changes monthly, I can take advantage of great suppliers of spices, honey, fruits and vegetables here.” Additionally, Wyman notes that the community “truly understands that the stores and restaurants that operate in town are the fabric of this town and I was blown away by their support.”

Charlie Webb, a 2019 CIA grad and owner of Hudson & Packard in Poughkeepsie, thinks the migration out of New York and into towns in the Hudson Valley will continue.

“I would invite people who are wary of Poughkeepsie to come see the awesome changes happening here,” says Webb, whose downtown Detroit-style pizzeria is reminiscent of the ones he grew up with in the Motor City.

The challenges of the region

While chefs say they love what the Hudson Valley brings to the table, they also face a number of challenges. Staffing – a hurdle everywhere now – can be particularly difficult in the Hudson Valley for a number of reasons. Living in a geographically sprawling area can make commuting to and from work time-consuming, especially when a lack of affordable housing in hotspots like Woodstock and Hudson forces staff to travel even greater distances.

And New York is attracting some talent from the region.

“Everyone thinks because we’re so close to the CIA that we have a large labor pool, but many of its graduates want to head to the city,” Arbogast notes.

Other chefs, like Chase, lament the lack of representation in more global kitchens, and Webb thinks “the culinary scene lacks to be close to such a mecca of culinary education,” he says.

But Baganell thinks that’s changing, and says the Hudson Valley offers the distinction of having both wilderness and growing Poles.

“There are so many treasures and surprises here now in the restoration arena, and I think we will continue to see more.”

More flavors from the Hudson Valley

Do you have student loans? You will love what President Biden is doing

You can be the next Walkway Over the Hudson ambassador