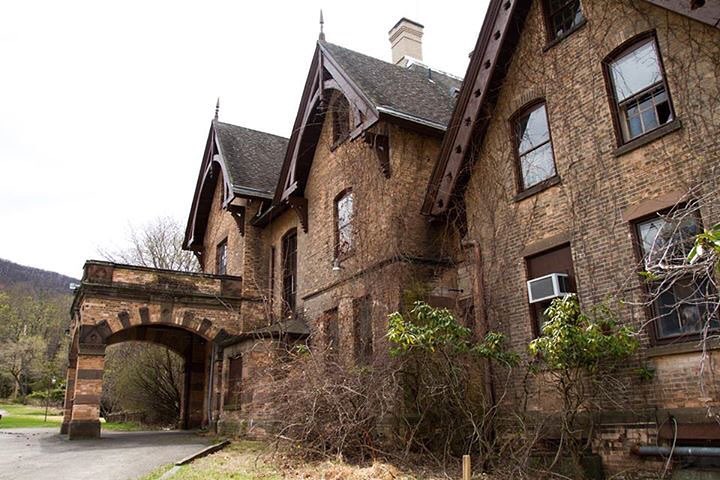 A new 85-room inn and spa is coming to a 19th-century estate in Beacon that was once a premier sanatorium at the forefront of mental health care and has seen a star-studded guest list over the years.

The proposed new Mirbeau Inn & Spa Beacon will extend to the historic Tioronda Estate, abandoned for over 20 years. Mirbeau Companies, which develops European-inspired boutique hotels and resorts, currently operates hotel and spa facilities in Rhinebeck, Albany and Skaneateles in New York, as well as Plymouth, Massachusetts.

The Beacon Hotel and Spa will be modeled after a large French estate in the Loire Valley, according to a press release from Mirbeau. The 64-acre property will feature 85 gracious guest rooms spread throughout the historic mansion, a newly built “Chateau” guesthouse wing, suites and private garden cottages.

A 25,000 square foot spa will include 21 spa treatment rooms, steam rooms, saunas, a fitness center, as well as an outdoor terrace with hot pools overlooking the property’s Monet pond gardens and the estate itself, which includes specimens of original Henry Winthrop Sargent trees. dating from the 1860s.

The restored Music Room in the mansion and newly constructed additions will house a restaurant, hotel reception, library and event spaces.

From its beginnings as a Civil War general’s estate to its role as the nation’s first private residential mental health facility, Tioronda’s fascinating history is populated by names in bold, like Rosemary Kennedy, Zelda Fitzgerald and Jackie Gleason.

Shipping magnate Joseph Howland originally transformed a humble country farmhouse into a neo-Gothic style mansion which he named “Tioronda”. Howland later suffered from PTSD after the Civil War, accelerating his interest in creating a place of wellness, mental health, and relaxation.

Tioronda and its constellation of buildings and gardens were known collectively as Craig House; the estate was sold in 1917 to psychiatrist Dr. C. Jonathan Slocum. A 1935 article in Fortune magazine ranked the property as one of America’s best sanitariums for the treatment of nervous disorders, noting that those who checked in were referred to as guests, instead of patients.

Slocum and his wife have created an environment that evokes the trappings of upper-class living: access to fine dining and activities such as golf and painting, plus several dedicated staff for each guest.

Beacon’s grand mansion and gardens helped accommodate this look of a new type of sanatorium.

The property was popular not only with the wealthy but also with celebrities. Jackie Gleason was rumored to frequent Craig House to dry off, a legacy commemorated with a pool table he gifted to the Slocums and which has remained one of the residents’ favorite ways to pass the time.

Some, like Zelda Fitzgerald, have sought treatment for depression. Moved to Craig House after suffering her third nervous breakdown, she seemed to have enjoyed her time there, spending days in the care of a private nurse, painting, writing an article for Esquire magazine and playing numerous rounds of golf on the land of the property 9 -hole course.

Others stayed for years or even decades. Artist Constance Whitney Warren arrived there in 1930 and remained there until her death in 1948; Rosemary Kennedy, John F. Kennedy’s younger sister, arrived in 1957 following a botched lobotomy for a three-year stay in one of the property’s private cottages.

For still others, it was the last place they knew. Frances Seymour, wife of Henry Fonda and mother of Jane and Peter, was sent to Craig House and died there by suicide in 1950 aged 42.

Truman Capote and Marilyn Monroe are other well-known cultural figures who are said to have spent time relaxing in the cozy and low-key Craig House.

Sharon Hunt, who grew up in the area and whose grandparents met while working at Craig House, told The Times Union in September she was happy to hear the property was likely to be renovated soon in a place of health and well-being.

“I am happy to see the place regain its primary vocation: a place of healing,” she said.