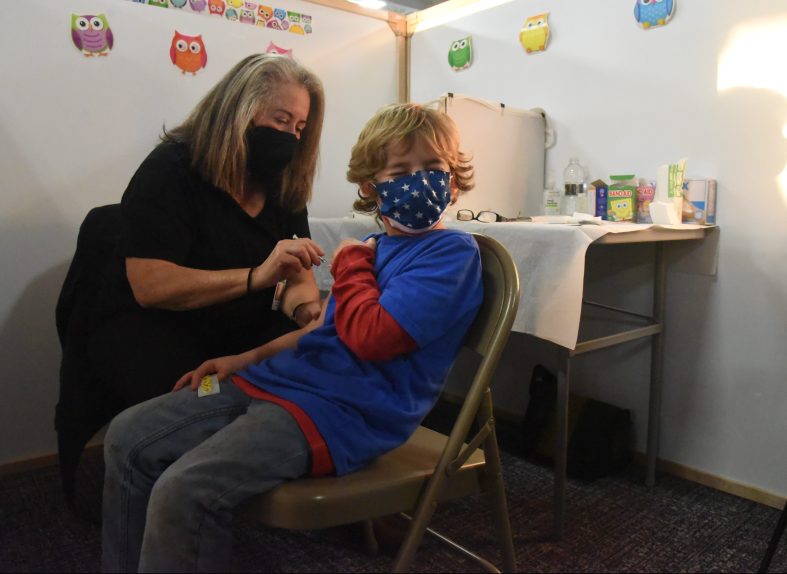 2: Election results in Ulster County include County Legislature Speaker Dave Donaldson, who lost his bid for re-election to fellow Democrat Phil Erner; Democrats widening their majority in the legislature to 16-7; and Democrats keep a firm grip on the Kingston Common Council.

4: State Soldier Christopher Baldner is sent to Ulster County Jail without bail pending trial in the death of 11-year-old Monica Goods. Baldner has been charged with murder in connection with a high speed chase and crash on the Thruway in December 2020 in the town of Ulster that resulted in Monica’s death.

5: Wilfredo Cotto Jr., 41, of Rome, NY, is sentenced in Oneida County court to at least 23 years in prison for the fatal November 2020 shooting of Benjamin Davis, 28, of Milton, County Ulster, at a Red Carpet Inn motel in Rome. During the sentencing process, Cotto threatens to kill Oneida County Judge Robert Bauer and the District Attorney.

5: Thomas Auringer, the local businessman who wants to build steel and concrete manufacturing plants on the property at 850 Route 28 in the city of Kingston, has been ordered to stop work on the site due to environmental violations. The State Department of Environmental Conservation said Auringer polluted five ponds with sediment from extensive clearing on the property.

9: Tammy Terpening of Wawarsing becomes third Ulster County woman to file federal lawsuit against Ulster County Family Court Judge Anthony McGinty, alleging he violated her civil rights under the law on Americans with disabilities and that he granted custody of his children to their father, which she claims are abusive.

ten: The Ulster County Department of Health is starting to administer COVID-19 vaccines to children aged 5 to 11.

12: Jahsi Quiles, 20, of Kingston, pleads guilty to a gun felony charge in Ulster County Court in connection with a non-fatal shooting October 7, 2020 in Midtown Kingston. Co-accused Matthew Harries, 21, of Kingston, pleaded guilty to the same charge earlier in the week. The two men were initially charged with attempted murder.

16: Residents of the village of Rhinebeck vote against allowing pot shops or salons in which marijuana can be smoked.

19: State Soldier Christopher Baldner, charged with murder for the December 2020 death of Monica Goods, 11, during a pursuit on the Thruway in the town of Ulster, is released from Ulster County Jail under security deposit of $ 100,000. Baldner was released after State Supreme Court Judge Denise Hartman released on bail, overturning a Nov. 4 ruling by Ulster County Judge Bryan Rounds that Baldner should be detained without bail pending trial.

25: Nine people are being displaced from four apartments, and the Pupuseria Mi Ranchito restaurant is temporarily closed by a three-alarm fire on Thanksgiving Day at 614 Broadway in Kingston.

27: Scott O. Myers, 68, of Catskill is stabbed to death in his apartment on West Bridge Street in the village. Police arrest Carrie E. Weiser, 32, of Catskill, and charge her with second degree murder.

28: Ulster County Executive Pat Ryan is declaring a state of emergency in response to the increase in COVID-19 cases and hospitalizations and the emergence of the omicron variant of the coronavirus. The order, in effect for at least 30 days, will, among other things, allow the county to obtain testing supplies more quickly.

29: Ulster County Executive Pat Ryan announces an interim agreement whereby the part of the TechCity business park in the city of Ulster that is still owned by Alan Ginsberg will be sold to the real estate investment company based in the Connecticut, National Resources. The plan calls for Ginsberg to hand over his remaining TechCity holdings to the county in exchange for the county waiving the back taxes it owes.

30 : Truvock Noble, 45, rejects plea deal that would have allowed him to serve less than the maximum prison term in exchange for revealing the location of the weapon he allegedly used in a fatal shootout in March 2021 in Midtown Kingston. Noble, also known as Jeffrey Ali, is charged with second degree murder in the murder of Erick D. Crawford, 38, of Kingston.