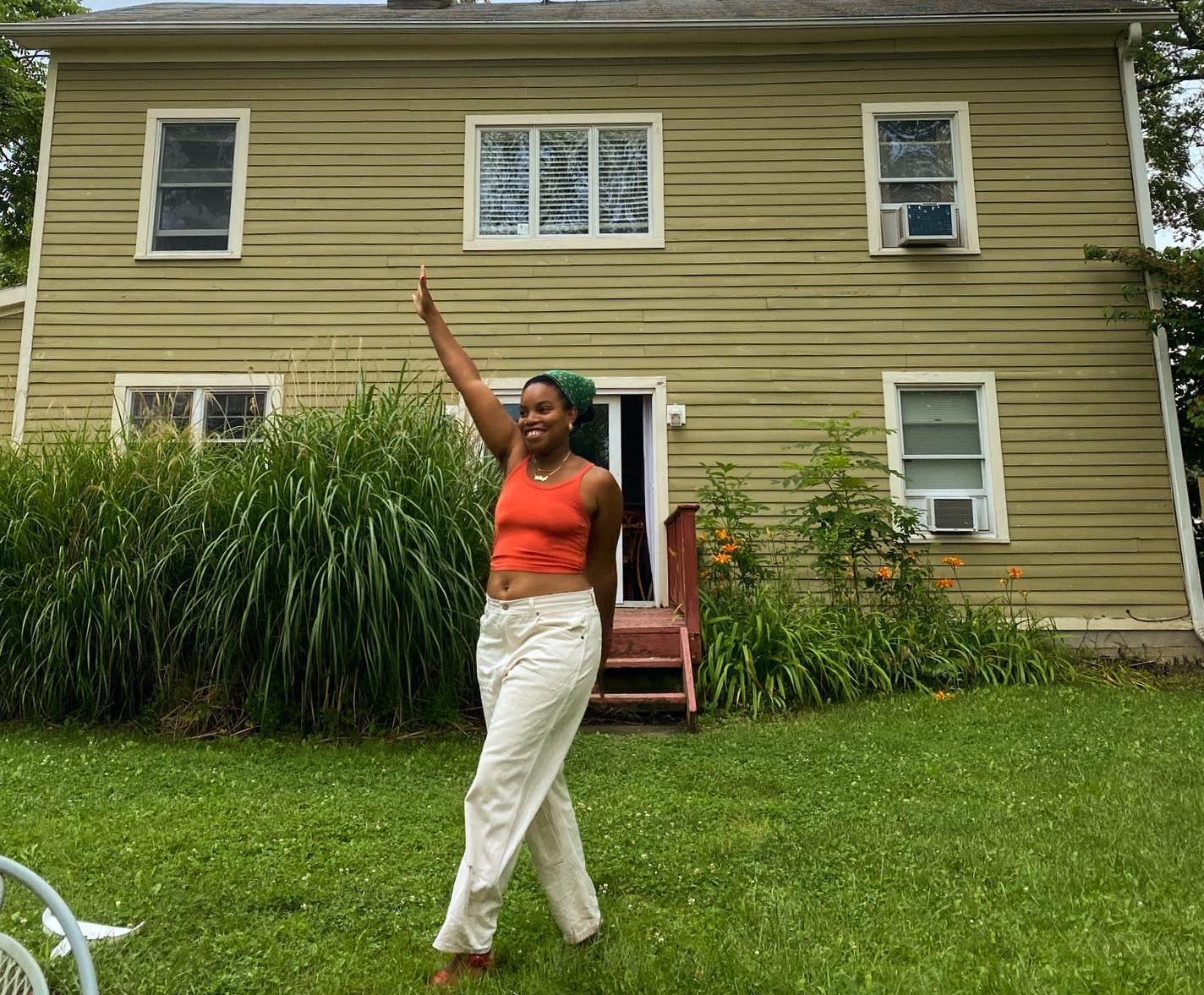 LaTonya Yvette was stuck at home in Brooklyn with her two children for months when the pandemic hit in 2020, leaving her an exhausted single mother. “Everyone was leaving town. Everyone had somewhere else to go except us. There were so many people who looked like me who were in town with nowhere to go,” she recalls.

This month, Yvette, stylist and blogger with over 86,000 followers on Instagramand the author of the memoirs and guide “Woman of Color”, opens Mae’s housean Athens vacation rental specifically designed for people of color.

Anyone can book a full price stay, and their family will also use the house from time to time. But Yvette is also blocking times for black, indigenous, and people of color who need rest to stay — for free. “We deserve the space to rest. What does it take to redesign the wheel of short-term shared spaces? Especially in villages or towns where it’s so endemic?

The Mae house – Mae is her grandmother’s middle name and her daughter’s name – is fueled financially and conceptually by Yvette’s second book, “Stand In My Window”, essays on the house due to be released in 2023. In researching her, Yvette immersed herself in the history of migration, how black Americans and people of color historically transferred power and land, as well as shared space. Soon Yvette, who moved often as a child, became interested in home ownership.

“The more I wrote, the more complex my relationship with desiring the land and reinventing what I did with it in the world became,” she says.

A vacation home of its own

She set out to find a home in an overheated Hudson Valley real estate market. It had to be accessible by train as she was not driving. She didn’t want a wreck to be completely renovated or a cheap flip. The budget was tight. She started her search in Hudson, where she has friends.

“Our location near the train in Hudson came in handy when LaTonya started arriving and needed rides! I became his cab driver,” says her friend Alexa Wilding, who has been renting from Hudson since 2017. When Yvette arrived at the station, she would let Wilding know she was ready to be picked up. “Best lyrics ever, especially during this lonely pandemic when we had barely seen each other,” adds Wilding. The two met in 2015 when Yvette was a stylist on Wilding’s music video.

Eventually, Yvette landed in Athens, won over by a 173-year-old 4-bedroom colonial that reminded her of the homes and interiors she had pinned on Pinterest, especially the kitchen and courtyard.

It wasn’t a wreck, but it wasn’t ready to move in either. “It needed TLC. The fence was down, things were broken, it wasn’t maintained. It really spoke to me,” Yvette says.

“LaTonya has an amazing eye. She knows good bones, good quality, color and potential,” says Wilding, who has helped her connect with local support, including a BIPOC herbalist friend for The Mae House yard who “l lovingly helped identify what was growing on the land and helped her put a management plan in place.

Yvette felt she would stand out as a person of color coming from New York – but also felt she would find possible safety in Athens. “I wanted to be welcome. I want to be part of this community. At the same time, what will make me feel safe in space? »

She was comforted by the change that was brewing in Athens before her arrival. “Anytime you have a huge LGBTQ community on the waterfront, the flip side of that is you’re going to see people of color and black people coming in as well. It helped me feel safer knowing the community already existed,” she says.

Yvette is also acutely aware that she “changed course from generation to generation” and her children’s path by buying The Mae House, one of the first in her family to ever buy a home. Historically, there has always been a big gap between white and black homeownersbecause racist real estate practices have put home buying out of reach for the majority of black families.

Related: Changing Hospitality in the Catskills

Yvette shared Mae House updates with her book editor; his two projects are inextricably linked. “The idea of ​​the book is to meditate on the house and how we make it. It became a really exciting opportunity to base the book on this project of buying this house and what it means – the idea of ​​ownership as a black woman,” says Chayenne Skeete, managing editor at Dial Press, an imprint of Random House. Skeete believes the book “will establish her as a thinker and synthesizer, someone who can pull together a lot of disparate things, not just telling his story, but making it relevant to the larger conversations that are happening.”

Defining the mission of The Mae House was an exercise in reflection and synthesis. “What if we just offer a space? What if I’m not here to get rich? said Yvette, who couldn’t find any other vacation rentals with similar offers. It’s a surprise to her because sharing space is historically what black people do and have done, nurturing and caring for people for centuries. “It’s another way of doing it.”

Yvette hopes to find BIPOC families in need of rest through an online application form. She is also building a community outside of her home, befriending neighbors and making it known that she has no plans to flip the house or rent it out exclusively; neither is good for any community.

“I pay taxes, I go to the cafe. I took the ferry. I put more in this town. I’m here,” she said. She also forges relationships with the aim of offering local products to her guests, including one with Sweet Freedom Farm in Germantown, which trains young BIPOC farmers.

“Mae House provides respite from the overwhelmingly white, aggressive and inaccessible spaces that are constantly sprouting upstate. Truly accessible, all he asks of his BIPOC guests is rest. LaTonya has come up with a genius trade,” says Wilding.

The summer before Yvette went to Athens, she spent $200 a night on a rental in Hudson that smelled of dog and smoke.

“We were so happy to just be out. As a single parent, I understood how necessary it was, how much I attach importance to being able to say: “We are going on vacation! And [now] it’s part of our lives,” albeit in her own smoke-free home. “I don’t think I fully grasped what I did.”

More trips to the Hudson Valley