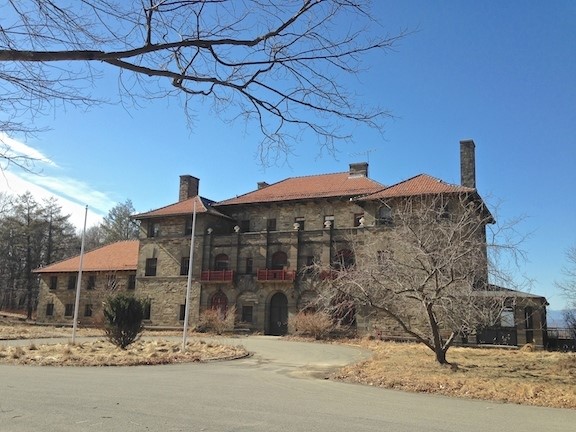 A New York-based developer known for his company’s luxury hotel projects in the Hudson Valley is offering an upscale residential housing development on a historic Rhinebeck estate.

CB Developers, run by part-time Hudson Valley resident Charles Blaichman, is behind several luxury hotels in the area, including the Kinsley Hotel, a boutique hotel in Kingston, and Inness, a hotel complex and a golf course in Accord.

Now the Blaichman Company is pursuing a 36-condominium project called Rock Ledge at 492 Ackert Hook Road in Rhinebeck. A vocal group of residents, however, obtained more than 600 signatures on a petition opposing the project and shared their concerns at town meetings.

“The main concern about Rock Ledge is that the dumping of 36 private condominium developments along a rural road that is zoned to have homes built only on five acres is destroying the rural character of the area,” David said. Weiner, a member of the Rhinebeck Coalition, which was formed in response to Rock Ledge but has since expanded to monitor other developments as well.

Blaichman argues that Rock Ledge will renovate and preserve historic buildings that would otherwise remain vacant and vulnerable to decay, and that there will be even less traffic on the site than when it operated as a rehab center decades ago.

History of luxury projects in the Hudson Valley

Blaichman, known for his transformation of New York’s Meatpacking District, is no stranger to the area. After buying a house in Woodstock over 20 years ago, he also started thinking about expanding locally.

“Being in the Hudson Valley, I always thought there was potential there too,” said Blaichman, who restored four historic buildings in Kingston to create the Kinsley Hotel. A payment in lieu of taxes (PILOT) agreement with the Ulster County Industrial Development Agency saved his company $1.4 million on the project.

The developer said he was offered the Rock Ledge property about 10 years ago; his initial project was to build an inn. When this proposal encountered local opposition, he turned to residential housing.

The proposed condominium community would be developed on a 135-acre site that once housed the Starr Miller Estate, built by renowned New York architects Frank Hoppin and Whitney Warren for Warren’s brother, William Starr Miller, and his wife. More recently, the property was sold to Daytop Village Foundation, Inc. in 1987 to operate as an addiction treatment center, which housed 50 people and included staff offices and a gym. Daytop closed in 2009 and the site has been vacant ever since.

Eight of the 36 homes in Blaichman’s proposed development would be built in buildings listed on the National Register of Historic Places; the remaining 28 condos would be brand new. The property would also include a recreation center in a redeveloped historic carriage house and a security gatehouse in a historic stone house.

Opposition residents are primarily led by the Rhinebeck Coalition and an informal group known as the Rock Ledge Neighbors. The main reported concern is the request for a zoning variance to allow more than one house per five acres and the subsequent impact on traffic and natural habitats.

The Rock Ledge development “makes the enjoyment of the rural community very difficult,” Weiner said. “Ackert Hill Road is a windy, hilly road that people travel on foot, on horseback and on bikes. To dump more traffic on a rural road like this is a hazard.

At a public planning council hearing on February 7 to review the site plan, applications for special use permits and wetland permits, residents also expressed concern that the new development would use the nearby Fallsburg Creek for the discharge of sewage from the property’s on-site sewer. plant, and urged that special attention be given to conservation and public trails.

“There is concern that if something goes wrong with the plant, it would be extremely damaging to the creek and the swamp,” Weiner said.

However, Blaichman described it as a “non-issue” and said the development will bring the sewage plant, which was last operated by Daytop Village, up to modern standards.

Blaichman also said there will be trails throughout the property for the public to enjoy. Currently, the Vlei Swamp Reserve includes two hiking loops through 165 acres of wetlands near the property.

Although the development would bring more housing to the community, Weiner said it was not the type of housing that was needed. A price has yet to be set for the condos, which Blaichman described as “luxury units…that look like big farmhouses.”

“Housing is definitely a concern,” Weiner said. “The city should be concerned about workforce housing that is built near transportation or on a major highway (and) that is affordable.”

Blaichman said his team conducted outreach with neighbors to discuss the plan before the pandemic and more recently sent out information flyers. He insists that most members of the community support the project. “I had very good reactions from 95% of the neighbors, and most people are happy with it,” he said. “There are a few people who are not. … I feel good about it. We want this done.

CB Developers has invested $7.5 million in the project to date. If it materializes, the total investment would be nearly $45 million and would, according to Blaichman, help bring this decaying field back to life.

“I think the city is focused on preserving all of its historic buildings,” he said, adding that he thought his project would help them achieve that. “You’re never going to build those things again. They are so important to the story.

Currently, the project is before the Town of Rhinebeck Planning Board pending completion of an environmental review, including updated sewage reports.

The next CB Developer Planning Board meeting to be presented is May 2, when a public hearing period will reopen.

For more information on real estate in the Hudson Valley

Easter candy? Get yours at this Celebrity Candy Shop, Rhinebeck