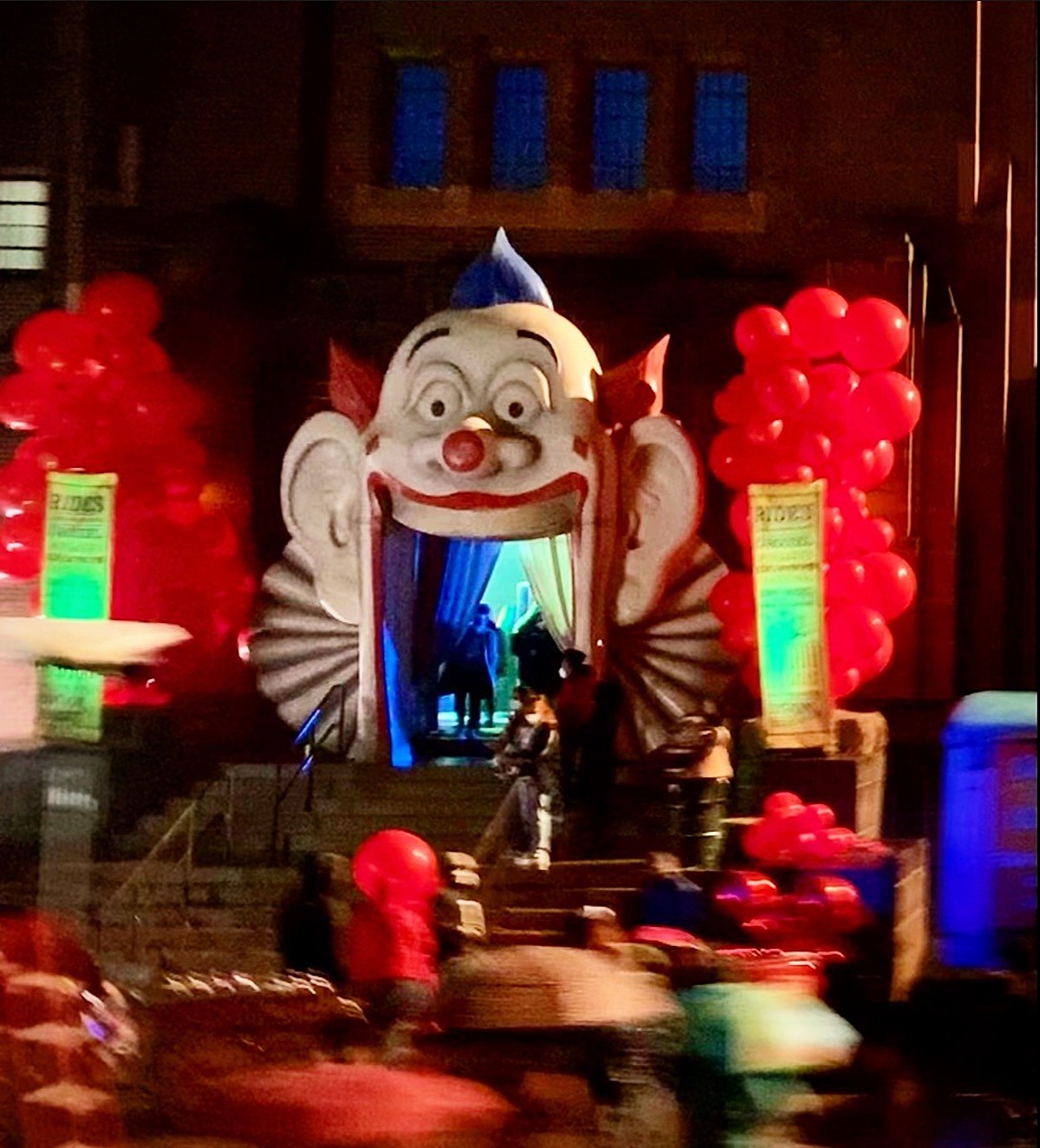 Schenectady’s armory looks strange! Is it a clown?

When was the last time you walked past Schenectady’s Armory on Fuller Street? Normally it just sits there, all brownish and majestic. This week the Armory is more like a fun house that you may or may not want to enter.

What’s the giant clown face at the entrance? I went to check it out Thursday night to see what was going on.

The Schenectady Armory comes alive this week as filming begins on HBO Max’s reboot of “Pretty Little Liars: Original Sin.” When I got to the armory, I was able to get close enough to hear the director training the extras to be “enthusiastic” and they entered the building, once more.

The original series ran for 7 seasons, from 2010 to 2016, starring Lucy Hale, Ashley Benson, and Troian Bellisario to name a few. The Daily Gazette reports that Niskayuna native Gabriella Pizzolo is also in the cast.

This isn’t the first time Hollywood has come to the area. HBO was in Troy a year ago to film “The Gilded Age” series and showcase many of the city’s period buildings. “The White House Plumbers” starring Woody Harrelson spent time in Albany last summer collecting footage for HBO’s limited series.