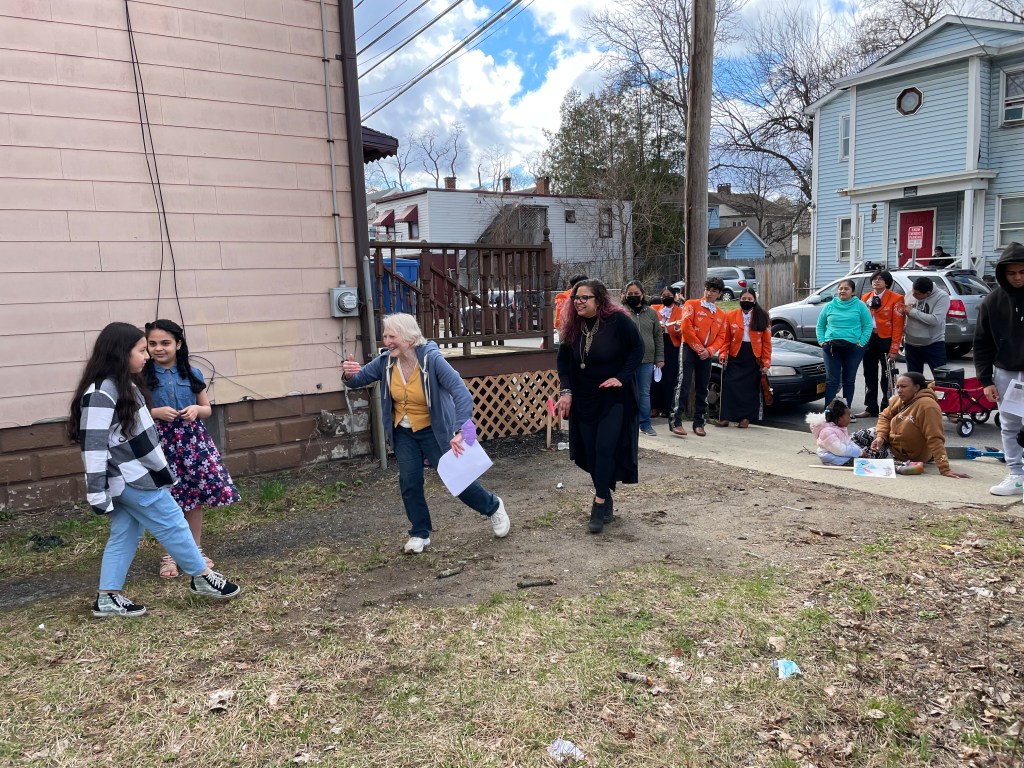 KINGSTON, NY – Children and adults came together Saturday to participate in “‘The House on Mango Street’ Comes to Your Street” in Midtown.

The event included a parade that took place a few blocks from Midtown. He was accompanied by the group Nueva Inspiracíon, which performed at the Kingston Library and between vignettes.

Alessandra Gonzalez, who performed the opening scene as Cisneros, said she only recently came across the book. A Puerto Rican native who found her way to Kingston after suffering from an abusive relationship, Gonzalez said she found the book and its series of vignettes spoke to her and her life story as she walked between the opening vignette and the “Hips,” vignette that played next to People’s Place.

Gonzalez added that she has come to love her new hometown. “I love Kingston,” she said. “I like its history, its diversity.

The program was part of “The Big Reads Hudson Valley: Spanning the Hudson River”, a program sponsored by the National Endowment for the Humanities that offers reading groups, performances and workshops at events across Red Hook, Rhinebeck and Kingston.

Kingston Library deputy director Addie Smock said she was impressed with the turnout after the morning rain subsided and the sun rose just in time for the event.

“It’s just an amazing group effort,” she said. In addition to the library, other organizations participated in the event, including the Reher Center for Immigrant Culture and History, which used the afternoon to launch its Immigrant Oral History Project. of Kingston. Bard College, the Center for Creative Education and Radio Kingston, which broadcast the event live, also participated.

Maritza Del Razo came from Poughkeepsie with her 10-year-old daughter Dolores to honor Cisnero’s Chicana heritage. “I want to get him excited to read,” Del Razo said as they walked between people holding handmade signs.

Photos: “‘The House on Mango Street’ Comes to Your Street” in Midtown Kingston