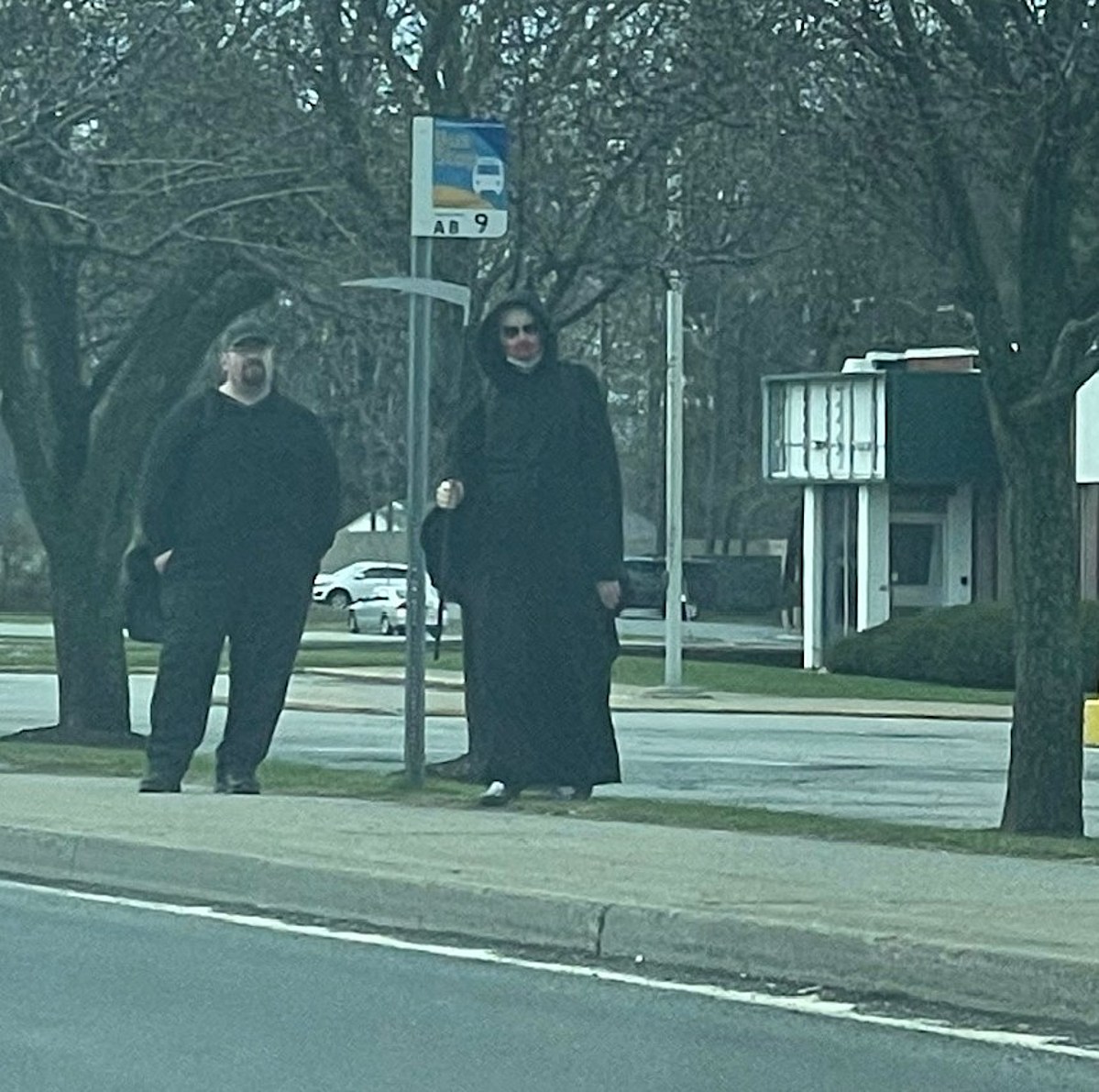 I love the Hudson Valley but it can get weird fast. It seems to get even weirder during commute hours.

Why is it? Maybe it’s because we’re stuck in our cars, hopefully without distraction, so we notice more of it. The other day I saw the Grim Reaper waiting for the bus on Route 9 in Poughkeepsie.

Does it get any weirder than that? You would be surprised. This is indeed the case. Here are some of the most absurd things reported by Hudson Valley commuters on our Facebook page:

Mary Ann – “Aabout 20 years ago i was working in newburgh, i hopped on the freeway, heading north, i headed to the new paltz – just around plattekill rest area—j hit an ostrich – it was already dead by the time I arrived but I planted bits of its poor mangled remains in it – feathers were flying everywhere .”

Kevin -“Not weird, but there’s a house I pass in Washingtonville that has a ladder against the house from floor to roof that’s been there for over 20 years, no exaggeration.”

Christina -“Not really strange but on the 84 one morning I saw a Black Hawk helicopter on a flatbed truck.”

Regina -“Cows on Highway 216 in Poughquag. Luckily I saw their big heads before I approached my car!”

chelsea -“Cut fingers and toenails on the train

jenn -“A pony running next to my car.”

A holiday tradition returns to Utica