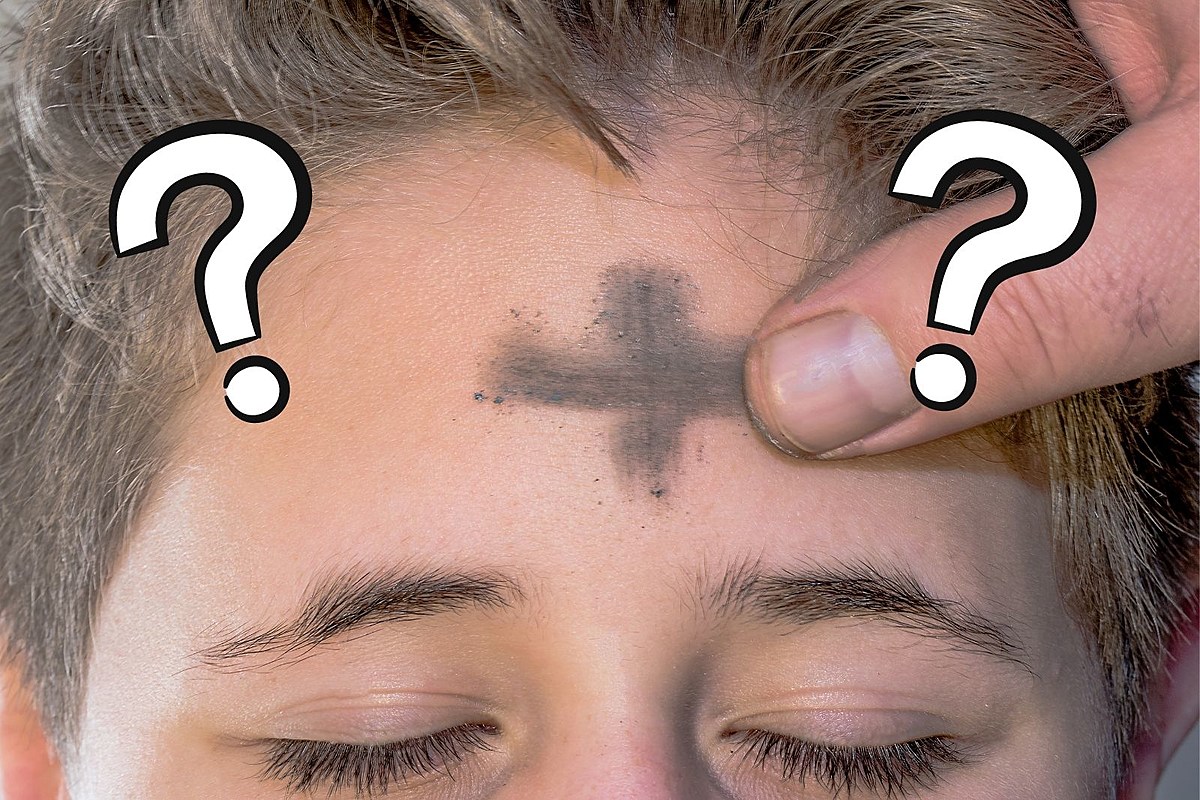 What’s that black thing on your forehead? What is Ash Wednesday?

I was speaking with a colleague recently, and they told me where they lived, there was not a large Catholic population. So once while they were in town, they saw someone on the bus with a black spot on their forehead. They thought, “Somebody didn’t look in the mirror this morning.” But then they saw more and more people with black spots on their foreheads. They said it was getting weird, like they were walking into an episode of Twilight Zone or something. That was until they remembered it was Ash Wednesday.

This happens every year!

It happens every year; however, he still manages to catch people off guard. It’s kind of like when daylight saving time ends in November, and people complain about it getting dark fast and they can’t get used to it. I should know, I’m one of those people. I grew up Catholic, and even now a day I will forget that Ash Wednesday is coming and I will be caught off guard when I see people with them.

When you start to see people walking around with ashes on their heads and your surroundings get confused, feel free to send them this article to refresh them on the day of the annual party.

What is Ash Wednesday?

In Christianity, Ash Wednesday marks the first day of Lent, which is the period of six and a half weeks (40 days, excluding Sundays) leading up to Easter. Ash Wednesday is a solemn reminder of human mortality, and it is a mark of penance as Christians enter this season of repentance. The 40 day period represents the time of Christ’s temptation in the wilderness, when he fasted while being tempted by Satan. In Genesis 2:7 it says, “Ashes are like dust, and human flesh is dust or clay. This sentiment is echoed when the priest or pastor anoints his head with ashes, saying either “Remember that dust thou art, and unto dust shalt thou return” or “Repent and believe in the gospel”.

In the modern Catholic Church, the ashes obtained by burning the palms used on the previous Palm Sunday (celebration day of Jesus’ triumphal return to Jerusalem) are applied in the shape of a cross to a person’s forehead. Ash Wednesday, in addition to the following Lenten Fridays, is an obligatory day of fasting and abstinence, where only one full meal is allowed and one cannot have meat. Fish is allowed; however, this is why you often see so many fish specialties in March and April. Another Lenten tradition is that people donate something for Lent or make a vow to do something in the name of charity and goodwill.

Technically, Ash Wednesday is not a holy day of obligation, it is one of the busiest non-Sunday masses of the liturgical year.

So when your friend has no idea what’s going on and thinks a black rash on forehead is a new Covid symptom, send this article for them to understand what’s going on.

After the lull caused by the pandemic, many big blockbusters are set to hit theaters in 2022, and these theaters in the Hudson Valley are ready to grab your ticket!

8 Hudson Valley Glaciers Still Open In The Dead Of Winter

The Hudson Valley region is vast. Many residents of Dutchess County live in their own bubble. Here are some great towns west of the Hudson River that are often overlooked or completely overlooked by people who live east of the Newburgh-Beacon Bridge.

This Cool HV Eatery is only ½ hour from me. How did I not know?